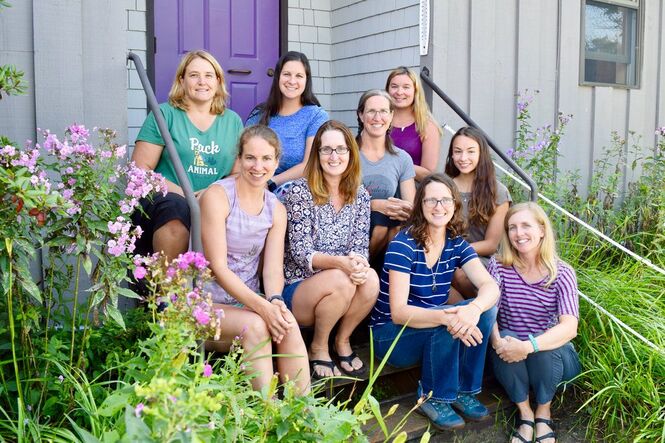 Sharon graduated from Murray State University in 2003 with a Bachelors of Science in Health and Physical Education (K-12). She started subbing at Poker Hill School in 2014 while her daughter attended and has been subbing on and off ever since. Sharon lives in Jericho with her husband Andrew and daughter Quinn. Her hobbies include travel, baking, crafting, reading, and loves being in nature

​Alana hails from the drastically different mountains of the Arizona desert and graduated from Arizona State University in 2011 with her bachelor’s degree in Political Science, with emphasis on Mass Communication and International Relations. She switched gears and earned her post-baccalaureate in Elementary Education from Rio Salado College and has worked in various capacities in the education field as a kindergarten aide, substitute teacher, and second grade teacher before moving to Vermont with her family in 2015. Motherhood was the catalyst that piqued her interest in early childhood education. She joined the Poker Hill team after her children began elementary school, drawn to its philosophy in crafting a first schooling experience for children that celebrates their innate curiosity and develops a lifelong appreciation for the natural world. In her down time, Alana enjoys photography, sewing, drawing, running, yoga, skiing, camping, and any time spent outdoors with her family. She resides in Richmond with her husband Trevor, sons Levi and Silas, and a menagerie of many creatures, furry, scaled, and feathered.

Buddy graduated from Mount Mansfield Union High School in 1979 and then earned a degree in Elementary Education from the University of Vermont. He has been teaching young children in Vermont since 1984. He has been a teacher at Poker Hill School since 1998. Buddy's daughter, Emma, who graduated from Poker Hill School in 2002, lives in Minnesota. Buddy loves music. He plays several instruments and sings. He has released three CDs of children’s music, facilitates a non-profit musical group called the Minor Key Youth Music Programs and runs a musical afterschool program in the Chittenden East District. He likes gardening, swimming, and traveling.

Katie joined Poker Hill School in 2011 after working with children and families for over 15 years in many different capacities, including teaching preschool. Katie graduated from UVM with a degree in Early Childhood Education and received a Master of Social Work degree from Wheelock College. Katie and her husband Rob live in Cambridge with their two daughters Charlotte and Willa, and black lab Calvin. Katie enjoys sharing her love for the outdoors with her family, reading, gardening and cooking.

Beth and David London
Buildings & Grounds Maintenance...and so much more!

Beth and David both graduated from the University of Pennsylvania with degrees in education. Together they ran Poker Hill School from 1978-2012. They have two daughters and three grandchildren. They continue to live across the street from the school caring for the animals, gardens and grounds. Your children will see them often and work with them in the gardens. 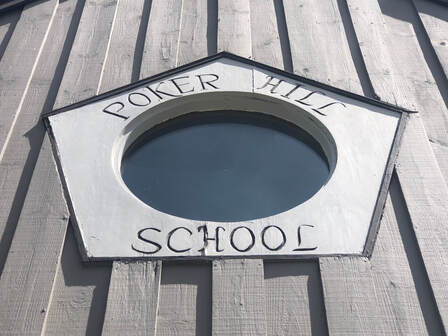